Share a memory
Obituary & Services
Tribute Wall
Read more about the life story of Ada and share your memory.

Ada L. Hollobaugh, 88, of Harrisburg, Illinois formerly of Shawneetown, passed away in the late evening on Monday, January 23, 1923.  She was born in Junction on September 20, 1934, the daughter of the late Allen and Virgie (Thorne) Leonberger.  She married Delmar Leroy Hollobaugh on September 3, 1953.  Delmar preceded Ada in death on January 30, 1976.  Ada was a member of the General Baptist Church in Shawneetown. She is survived by son, Mike and Barbara Hollobaugh of Tunnel Hill; two daughters, Catherine Lea and Larry Carmon of Uniontown, Kentucky, Marlene Kay and Mick Snyder of Arcola; foster son, Robert Joe and Brenda Downing of Sturgis, Kentucky; foster daughter, Scheryl Edwards Harms of Matoon; one sister, Shirley Capeheart of Shawneetown; one brother, James Billy and Joyce Leonberger of Chipley, Florida.  She is also survived by eight grandchildren, nine great grandchildren, and two great great grandchildren. Ada was preceded in death by her parents; her husband; one grandson, James Carmon; two sisters, Patsy Heffington and Shelby Lamb; two brothers, Edward Allen Leonberger and Reverend Grover Leonberger.  Visitation for Ada will be held on Friday January 27th from 11 a.m. until service time at 2 p.m. at the Vickery Funeral Chapel in Shawneetown.   Reverend Perry Musgrave will officiate the service with burial at Westwood Cemetery near Shawneetown.

To send flowers to the family or plant a tree in memory of Ada L. (Leonberger) Hollobaugh, please visit our floral store. 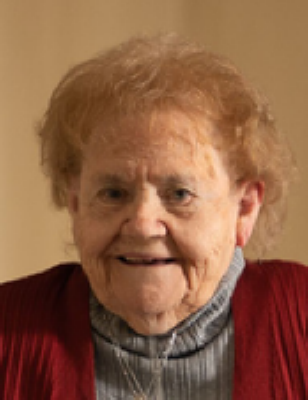