Share a memory
Obituary & Services
Tribute Wall
Read more about the life story of Jerry and share your memory.

Jerry B. Williams, 81, of Equality, Illinois, went to his heavenly home on Wednesday, November 23, 2022 at the Linda White Hospice House in Evansville, Indiana.  One of three sons born to the late T.Y. and Louise (Barnett) Williams, he was born on February 3, 1941 in Eldorado.  Jerry married the love of his life, the former Jean Milligan on June 26, 1963.  He was a man that wore many hats and made his community a better place to live.  Jerry graduated from Asbury College in May of 1963.  Beginning with his teaching career he lead his Equality Cardinal students as a teacher, basketball coach, Drivers Ed teacher, and high school play/drama director.  A Christian by faith he was the minister for the Equality Presbyterian Church for many years.  He spent his extra time at the church helping build and maintain the Community Life Center.  Also he directed community plays at the center.  Jerry also was a cub scout and boy scout troop leader.  He shared his love for the Kentucky Wildcats with his family and friends.  He assisted his son with interior and exterior painting and known for his wonderful detail work.  Jerry is survived by his wife, Jean Williams of Equality; two daughters, Jill and Greg Robling of Jasper, Indiana, Sherry and Jeff Lenn of Folsomville, Indiana; one son, Britt and Amy Williams of Equality; one brother, Joe and Ruinette Williams of Waycross, Georgia; eight grandchildren, Kelsey and Justin Allen of Harrisburg, Haley Williams of Evansville, Indiana, Ethan Lenn of Minneapolis, Minnesota, Courtney and Kyle Schmitt of Evansville, Indiana; Dylan and Chelsey Robling of Newburgh, Indiana, Tyler and Kayla Robling of Evansville, Indiana; Logan Robling of Jasper, Indiana, Luke Robling also of Jasper; six great grandchildren, Avery, Emersyn, Camryn, Carson, Peyton, and Andi.  He was preceded in death by his parents; his brother, Bobby Gene Williams and grandchild, baby girl Robling.  Visitation for Jerry will be held on Sunday, November 27th from 12 p.m. Noon until service time at 2 p.m. at the Equality Presbyterian Church.  Reverend Curt Morris, Britt Williams, and Andy Hopson will be officiating the service.  Burial will follow at Elmwood Cemetery near Equality.  In lieu of flowers donations may be made to the Equality Presbyterian Church.  Vickery Funeral Chapel in Equality will be in charge of the arrangements.

To send flowers to the family or plant a tree in memory of Jerry B. Williams, please visit our floral store. 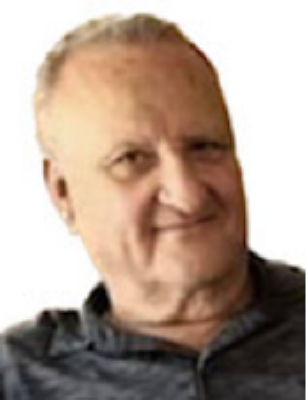