Share a memory
Obituary & Services
Tribute Wall
Read more about the life story of Annis and share your memory.

Annis Louise Crane, 97, of Shawneetown, Illinois, passed away on Thursday, December 1, 2022 at Ferrell Hospital in Eldorado.  Louise was born on July 21, 1925 in Tula, Kentucky of the late Roy and Ora (Minner) Barley.  She married Kenneth Dale Crane on November 22, 1943.  Kenneth preceded Louise in death on October 6, 2002.  Louise was a hard worker and worked for many farm families and local businesses through the many years she has lived in the Gallatin County area.  She is survived by her two daughters, Charlene and John Trousdale of Ridgway, Helen Lane of Ridgway; her son, Bobby Dale and Martha Crane of Harrisburg; her only surviving sister, Charlesanna “Peddie” Crane of Shawneetown; five grandchildren, Carolyn Sauls of Shawneetown, Sarah Marlene Moore of Shawneetown, Jennie O’Neal of Ridgway, Tina and Ray Wright of Sturgis, Kentucky, Jennifer and Ryan Wilson of Ridgway; and eleven great grandchildren.  Louise was preceded in death by her parents; her husband; five sisters, Marilyn Kay Lein, Mary Nell Mossman, Candy Rash, Helen Barley, Virginia Anderson; one granddaughter, Tammy Koontz and one grandson, Dwayne Lane.  Visitation for Louise will be held on Saturday, December 3rd from 10 a.m. until service time at 12 noon at the Vickery Funeral Chapel in Shawneetown.  Pastor Daniel Acord will officiate the service.  Burial will be at Westwood Cemetery near Shawneetown.

To send flowers to the family or plant a tree in memory of Annis Louise (Barley) Crane, please visit our floral store. 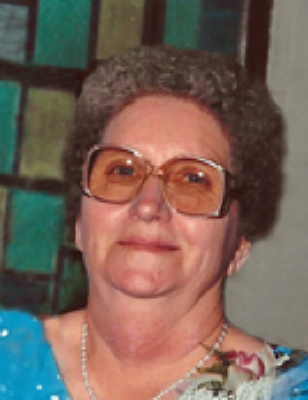